The Iranian regime has clashed with the US from day one and yet remained in power. How? 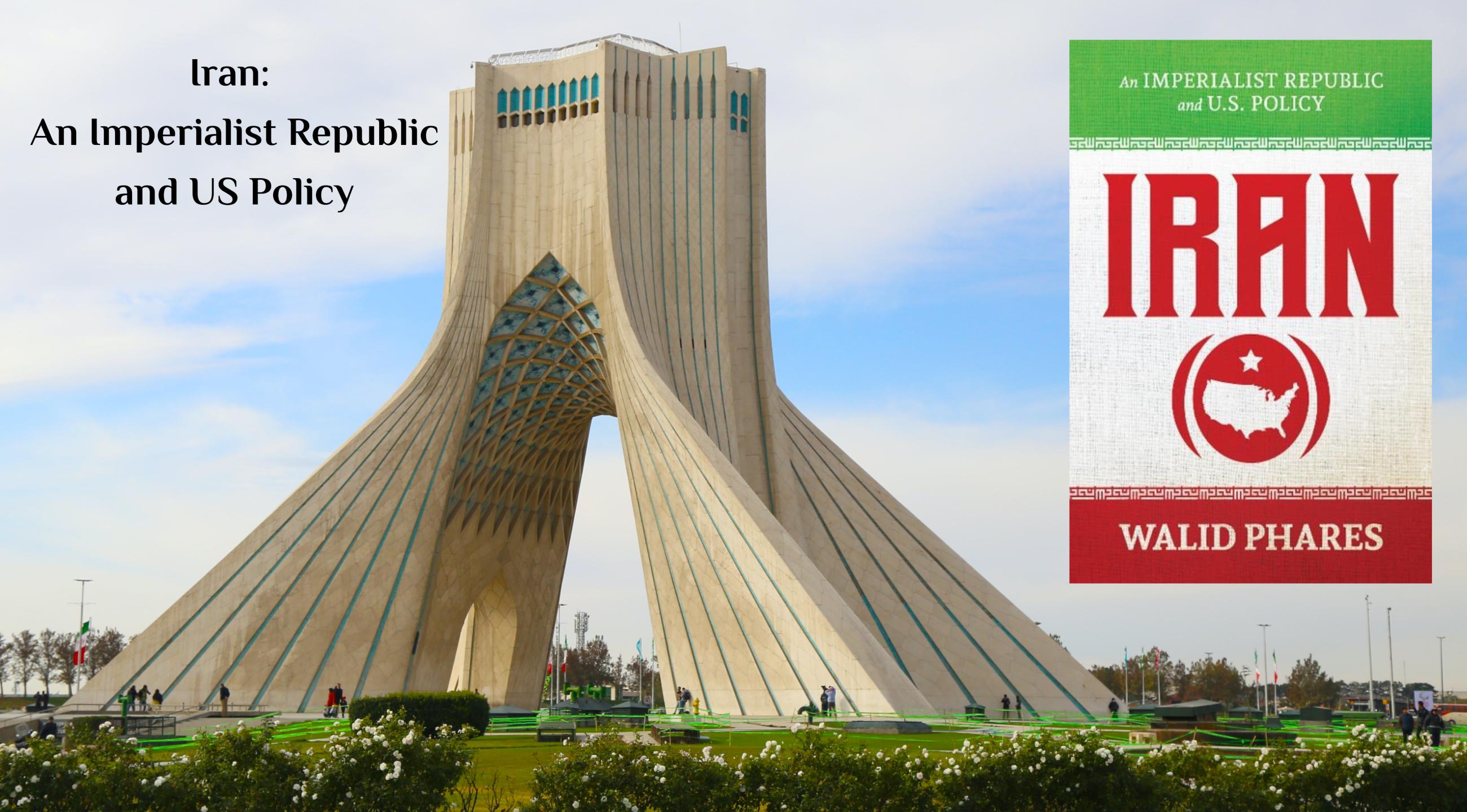 How was the Iranian regime, which took over via an Islamist coup in 1979, able to survive the Cold War, despite the fact that it clashed with the United States from day one of the “Khomeinist revolution” and throughout the 1980s? Even more intriguing from a historical perspective, how was the “Islamic Republic” able to expand during the 1990s via Hezbollah in Lebanon and the Assad regime in Syria and establish terror networks on three continents, while the US was the single remaining superpower? Furthermore, how did Tehran’s rulers escape US and Western strategic pressures after 9/11, even though American and coalition forces controlled Iraq to its West and NATO was present in Afghanistan to its East? Last, but not least, how were the Ayatollahs able to practically control Iraq after the US withdrew in 2011, while their allied militias in Yemen, the Houthis, established a military force overlooking the Red Sea, firing ballistic missiles on Saudi Arabia and other US allies? In short why did US policies under several administrations fail to stop that regime, and worse, as of 2009, why did the US decide to collaborate with this same regime under the so-called Iran Deal? All these questions, and more intriguing ones, are answered by Professor Walid Phares, a seasoned expert on geopolitics, in his brand-new book, Iran: An Imperialist Republic and US Policy, from Post Hill Publishers.

Phares is not just a seasoned Middle East expert who has a solid track record of research, analysis and commentary for the past three decades, but has also been prescient in his foreign policy analyses over the past twenty years. A native of Beirut, he relocated to the US in 1990 and has taught as a political science professor at various universities since, focusing on ethnic conflict, terrorism and geopolitics. Among his sixteen books, three predicted major trends. In 2005, Future Jihad was the first book to explain global Jihadist strategies against the West; The War of Ideas (2007), was among the first to expand on jihadi indoctrination and radicalization, particularly in the West, and the most prescient of all his books, The Coming Revolution: Struggle for Freedom in the Middle East, was practically the first book to predict the Arab Spring and its civil wars in 2011. A following book in 2014, The Lost Spring, projected the rise of a post al Qaeda jihadist group a few months before the ISIS invasion in the Levant, and projected the Iran regime’s expansion of its militias in the region, despite the signing of the JCPOA (the Iran Deal) in 2015.

Phares’s insights have become a vital part of our country’s educational journey on Middle East issues, especially through his role as a top analyst at Fox News for 15 years, and as of this year at the Newsmax network. His ongoing analyses on many subjects in foreign affairs in American and international media, has served as a national anchor to inform the American public. His expertise has been sought by government agencies and departments since 2001 and by many lawmakers and presidential candidates, including Mitt Romney, who appointed him as a senior national security advisor in 2011, and Donald Trump, who named him as his first foreign policy advisor in 2016. Phares has served as a de facto national security advisor to the US public and leaders for twenty years, covering emerging conflicts and human rights crises worldwide, particularly in the greater Middle East region.

In his current book, Iran: An Imperialist Republic and U.S. Policy, Dr. Phares pursued a particularly challenging task: that is, to write his ultimate comprehensive book on the Islamic Republic’s strategies since its inception in 1979 and to explain how various US Administrations responded to the Khomeinist challenge over the past four decades. The author’s intention wasn’t to compile detailed historical facts on public life in Iran, but to explain the various strategies employed by Iran’s rulers as they traveled unchecked through the 1990s, after the demise of the USSR, while expanding in the Middle East via Syria and Assad-occupied Lebanon, unleashing a vast terror network worldwide.

However, the larger question addressed by the book concerns Tehran’s continuous victories after 9/11, despite the Bush Administration designating the regime and its extensions as a member of the “axis of evil.” Phares extensively explains the Iranian maneuvers in Iraq ending in its domination years later. But beyond its regional push, Tehran’s elites pulled off the most complex and sophisticated set of strategies and tactics to trigger what would become a road to the “Iran Deal.” Phares unveils what he believes was an “Iranian offer” for an agreement with US leaders via the “Iran lobby” here in the US. Tehran would accept cessation of its military nuclear program–this was a strawman–in return for the US unfreezing up to 150 billion dollars–a real Iranian gain. The second question raised throughout the book is about the use of these monies by the Iran lobby in Europe and the US.

Did Tehran use the deal to build a powerful influence operation inside the US? Did it meddle in US politics? Did it try to affect US foreign policy? Phares argues that for years the regime and its “associates” targeted experts, diaspora groups, politicians, and bureaucrats, who advocated a policy of containment of Iran, in defense of the “deal” and its benefits. The book worrisomely shows how Iranian influence developed via academia, the media, and government bureaucracies. This explains the resilience of the policy started by the Obama Administration and pursued later by the sitting Biden Administration.

Phares shows how Iranian meddling shaped the American national security posture regarding one of the two major global jihadi threats. For a total of ten years so far, Tehran’s aggression in the region has been “shielded” in Washington because of the deal. Between 2009 and 2023, it also served as a tool to weaken US relations with Israel and the Arab Coalition. The Trump administration’s four years witnessed a rapid, but short-lived, change in policy. His Administration withdrew from the Iran deal, designated the Pasdaran (the Iranian Revolutionary Guard Corps, IRGC) as terrorists, and countered the militias in the region. However, the Biden Administration quickly reversed the change back to Obama’s platform.

Phares describes the regime in Iran as “imperialist” because of its expansionist agenda in the region and global influence, including in the West. The book clearly shows that since 1981, the Ayatollahs and their Pasdaran have invested much of the regime’s resources to ally with the Assad regime. They then used Syria’s occupation of Lebanon to penetrate that country and establish Hezbollah’s militia. In chapter after chapter Phares draws the historical tableau of the “Khomeinist march” westward, including the takeover of Iraq as of 2011 and the establishment of an “Iranian colony” in Yemen under the Houthis. Throughout the book, readers can see the buildup of the map of the Islamic Republic mutating into a “Jihadi empire” from Afghanistan to the Red Sea. Tehran steadily widened its influence from a sheer geopolitical dimension as a regional power, to a global terror network with a vast array of operatives and cells worldwide.

The most dramatic feature of his new book is the unveiling of what he coined “the deal behind the deal.” The author focuses on a previously obscure tool of Iranian power to protect the regime: political influence launched inside the camp of its enemies. Launched first inside the Middle East, Phares describes Tehran’s psychological operations in the region to acquire the support of Shia communities in Iraq and Lebanon. The author then embarks on a unique analysis of the road to the Iran deal from the Iranian perspective. The regime identified political circles in the West and in the US which would accept the concept of a deal and would lobby for it.

Phares dissects the interests involved in doing business with the Islamic Republic, then shows how the regime used these actors to create a powerful pressure group inside America in favor of a deal, and how the latter. in fact. ended a US policy of containment and replaced it with a “collaboration policy.” The genesis of the Iran Deal “was born out of a transaction between the regime in Tehran and massive interests in the United States, as well as in Europe,” he argues, concluding that the “Iran Deal lobby” has negatively affected US foreign policy in the Middle East. The book also enumerates the victims of such a deal: the Iranian people, left to struggle by themselves, civil societies in the region, US Arab partners, Israel, and American national security.

Walid Phares is a solid scholar and his books have been prescient for the past three decades. Many in the US Government and media over the years have appreciated his work to inform and educate the public. I strongly recommend that you get his Iran book for your library.

Tera Dahl served as Senior Advisor in the Conflict, Prevention and Stabilization Bureau (CPS) at USAID as a political appointee during the Trump Administration. She has traveled extensively overseas to areas of conflict and war, raising awareness and reporting from an on-the-ground and frontline perspective, giving a voice to the voiceless. This article was reprinted with permission from the American Mideast Coalition for Democracy.