Shifting Resources from China to the U.S. 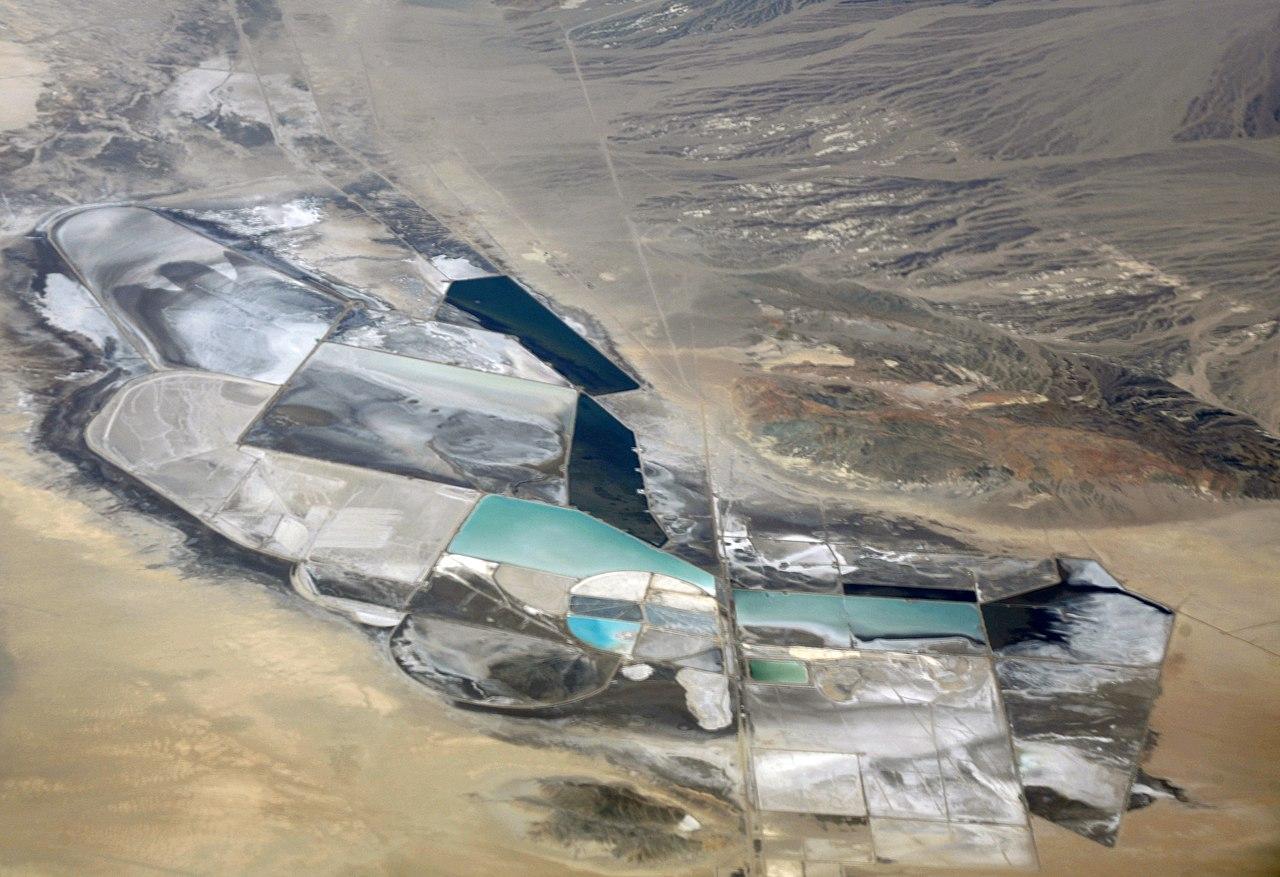 The Russia-Ukraine war is putting pressure on the European Union (EU) to reduce Russian natural gas purchases while simultaneously developing alternative energy sources. Spurred by legislative incentives and volatile gas prices, automakers in the EU and the U.S. are boosting the production of electric vehicles (EV). This requires a greater supply of lithium and lithium-ion batteries from global markets currently dominated by China. Congress has passed legislation to shift EV industrial activity away from China, toward the U.S.

The federal government established a goal of 50% of all new cars to be EVs by 2030. California passed more aggressive legislation for 100% of new car sales to be EVs by 2035. The Inflation Reduction Act of 2022, together with the Bipartisan Infrastructure Law (2021), creates economic incentives to strengthen the supply chain for EV manufacturing.

Providing over $370 billion in alternative energy and electric vehicle initiatives, the Inflation Reduction Act is stimulating lithium mining and refining, as well as battery production in the U.S. The Bipartisan Infrastructure Law provides another $5 billion in state economic incentives to build highway electric charging stations and to upgrade the electric supply grid. Lithium-ion batteries are required for all EVs, computers, and smartphones.

Over the next ten years, consumer tax rebates will be available for EV purchases in the amount of $7,500 for new cars, and up to $4,000 for used cars, capped for income and purchase prices. To qualify for these rebates, EV manufacturers must meet minimum and maximum production requirements for sourcing lithium and producing lithium-ion batteries either in North America or a free-trade country. These parameters, as outlined in the Act, begin in 2023, and increase through 2028.

In the near term, few vehicles are expected to qualify for these rebates as manufacturers are currently unable to meet the legislation’s supply chain conditions. This is because the three major production steps in the lithium global supply chain—mining, refinement, and manufacturing of lithium-ion batteries— is directly or indirectly controlled by China. First, lithium is mined in a limited number of countries. Second, the lithium must be refined in a form that can be used in EV batteries at sites separate from the mine, located anywhere in the world. Last, the refined lithium is used in the production of EV lithium-ion batteries.

China globally dominates all three steps. China controls 72% of the world’s lithium refining processes and 84.6% of lithium-ion battery manufacturing. China maintains stakeholder control of most of the world’s lithium mines, which are concentrated in Australia (52%), Chile (24%), and China (13%). China’s dominance in this sector has evolved out of President Xi Jinping’s initiative Made in China 2025 (MIC2025), which focuses on developing EV batteries and clean energy resources.

China is increasing lithium assets in South America through its Belt and Road Initiative. The Andes at the juncture of Chile, Argentina, and Bolivia, referred to as “the Lithium Triangle,” contain some of the world’s largest reserves of lithium. The Belt and Road Initiative provides interest-bearing loans for poor countries to build roads, railways, and ports in exchange for China’s access to lithium, raw minerals, and fossil fuels. However, countries receiving Chinese support suffer human rights violations and run the risk of loan defaults.

Chinese dominance in the lithium-ion battery supply chain sets the stage for future global economic sabotage, much as Russia is using natural gas against the EU. With grants, subsidies, and tax deductions, the U.S. hopes to shift marketshare for producing EV batteries away from China. In October, President Biden released $2.8 billion in grants to boost U.S. industrial production of EV lithium-ion batteries and to upgrade the electrical grid. Funds will go to 20 companies in 12 states to mine and refine lithium and other raw minerals used in these batteries. Federal funds are also available to build highway EV charging stations in rural areas.

While targeted EV goals for 2030 may not be achievable, the Infrastructure and Inflation Reduction Acts are stimulating automakers to become innovative in controlling the lithium supply chain bottleneck. Currently, EV demand for lithium exceeds supply. Car manufacturers are seeking to control the lithium supply chain by either investing directly in mining ventures or signing long term guarantees for lithium resources. Joint ventures are also developing for future lithium-ion battery production.

GM signed a pre-payment agreement with U.S.-based Livent, which mines lithium in Argentina, and invested in Controlled Thermal Resources, an Australian-based mining company, which will mine the lithium-rich Salton Sea in Southern California. Ford has multi-source agreements with lithium mining and processing operations in the U.S., Australia, and Indonesia. Toyota, through a joint venture with Panasonic, will control its supply chain by mining and refining its own lithium in western Nevada, as well as manufacturing EV batteries.

Tesla is also expanding control of its lithium and battery supply chain by purchasing the mineral rights to a future lithium mine in Nevada. The company plans to build a refining plant, either in Texas or Louisiana, to bring lithium resources in from other countries. Tesla has four U.S. gigafactories in California, Nevada, New York, and Texas, along with one in Berlin and Shanghai, to manufacture EVs, lithium batteries, and solar panels.

One example of the delayed approval process involves Lithium Americas, and its subsidiary, Lithium Nevada, which is slated to open a lithium mine at Thacker Pass (Humboldt County) in northwest Nevada. The company has been working on the permit process for a decade. Lithium Americas is a multinational company based in Vancouver, British Columbia, which expects to generate billions of dollars from the project. The project could create over 1,000 construction jobs and employ 300 people.

Lithium Nevada finally received approval from the U.S. Bureau of Land Management (BLM) in January, 2021, but the mine is still not operational because of environmental hazard complaints. Lithium mines are often near federal Native American lands and local communities. While tribes and locals welcome new jobs, they are paid very little and suffer environmental consequences, especially considering the company’s ownership.

Lithium Americas’ majority stakeholder is Ganfeng Lithium Group Co., Ltd., China’s largest producer of lithium. While the company has committed to ecological safety, Chinese companies have a poor history of environmental compliance. The Thacker Pass project covers almost 18,000 acres of land and its mining process will emit toxic sulfuric acid and large quantities of carbon dioxide into the air. The mine will utilize 1.7 billion gallons of water annually in a desert region. These environmental failures will impact the quality of life for local ranchers, residents, and the nearby Paiute-Shashone tribes. In December, 2021, three Native American tribes sued the BLM in federal court to stop the project. It is also questionable whether ownership from a Chinese company qualifies under the Inflation Reduction Act.

California’s Salton Sea in the Imperial Valley of southern California has been identified as the new “Lithium Valley.” Lithium mining could bring new jobs to this region experiencing the state’s lowest per capita income, while reversing some of the worst air and water ecological disasters from past corporate irresponsibility. According to the California Energy Commission, one-third of the world’s demand for lithium could be met from the sea’s geothermal hot fields, if new methods of environmentally sustainable mining could be developed.

Federal funding is creating incentives for automakers to shift China’s dominance in lithium mining and lithium-ion batteries to the U.S. Rebuilding industrial policy will take longer than the anticipated targets, but innovative solutions could shorten the timeline. Sustainable mining models must also be developed. Mining companies must work collaboratively with tribes and local communities to assure environmental safety, build needed infrastructure, and provide well-paying jobs. To avoid exploitation, anticipated returns to these groups should be commensurate with future business opportunities.